Status: Einsendung
2200
38
14
2
Bew.
Worse than a leaking faucet, a water supply pipe that splits underground downstream of the meter at the entrance to your property can cause a very unpleasant surprise the next time your supplier reads the meter!
There are pulse emitters on the market that clip onto the meters and generate a pulse to ground (common collector) on a two-wire connection each time the litre figure passes a Hall effect sensor.  A lithium battery supplies the transmitter for an estimated 15 years. There are also wireless versions of these transmitters, but the radio protocol used is not published.
This project consists of connecting such a wired transmitter to a box installed in the owner's home in a dry place. The system, based on an ESP32 with OLED display, counts the pulses, thus measuring the water consumption, displaying data on three sliding pages and analyzing the flow. The presence of a continuous flow without interruption of at least two hours over twenty-four hours, or a consumption of more than eight hundred litres in one day, are indications of a probable leak. The owner is then notified to carry out a more thorough verification of his installation.
The system is connected to the Internet by WiFi, with a time setting by SNTP, and a web server allows to enter the system reference values (iinitial value and last supplier meter reading) and to visualize in real time from anywhere in the world the status of its consumption on a computer or a smartphone. In the event of a leak, an SMS alert generated using the IFTTT service is sent to the owner.
A 3D printed specifically designed box also houses a lithium-ion battery that can power the system for approximately 36 hours in the event of a power failure. The essential data is also saved in EEPROM every hour.
Mehr anzeigen
Weniger anzeigen 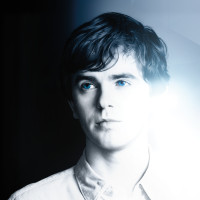