Status: Abgeschlossen
2672
21
22
Bew.
For controlling show lighting, there are today many cheap converters. However, they are not isolated. This runs the risk of blowing up the USB of the PC in the event of a short circuit in a lighting fixture.

Well-isolated USB to DMX512 converters are very expensive, which has led me to design an alternative. With an attempt to make them cheaper than the well-known isolated converters.

The schematic is quite basic, and based on the Entec open DMX. However, an isolated RS-485 tranciever of Analog devices (ADM2483BRWZ) was chosen in combination with a circuit monitor (ADM809SARTZ).

An isolated DC/DC converter was used for the power isolation. In this case, I have been asked to test the MagI3C Power Module (177920511) from WÜRTH and use it in the design.

The converter was tested with Freestyler on windows. MacOS has been tested with Lightkey and QLC+. Where in a universe all 512 channels can be used. This is also an advantage over cheap converters. During the various tests, RGB LED spotlights and scanners were used. It functioned satisfactorily.
Mehr anzeigen
Weniger anzeigen
Produkte 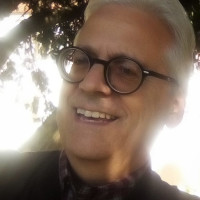