Status: Einsendung
12675
45
3
Bew.
A portable electronic device that I was designing used 2 lipo cells in series for power. I needed and inbuilt charger for these batteries and wanted to use USB since the device i was designing connected to a PC via USB. (I did not want a separate charger port) I could not find any IC to do this and I needed something to be cheap and with few parts I decided to use the MC34063 switching power supply chip. The circuit provides the correct VI charging function to the battery. Since most USB ports are limited to 500mA, this is the maximum input current. The battery charging current is 250mA. The charging current can be changed by one resistor.

he circuit can also be used to charge 3s LiPo batteries, but that would require changing three components.

There is also charge indication via an LED. It can be built stand alone or incorporated into a device. The charger can be left permanently connected to the battery and it will not drain it. All parts used are through hole.

No picture available as the current circuit is built in to another device.
Mehr anzeigen
Weniger anzeigen 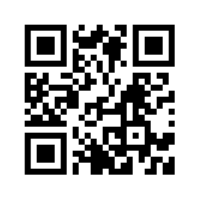